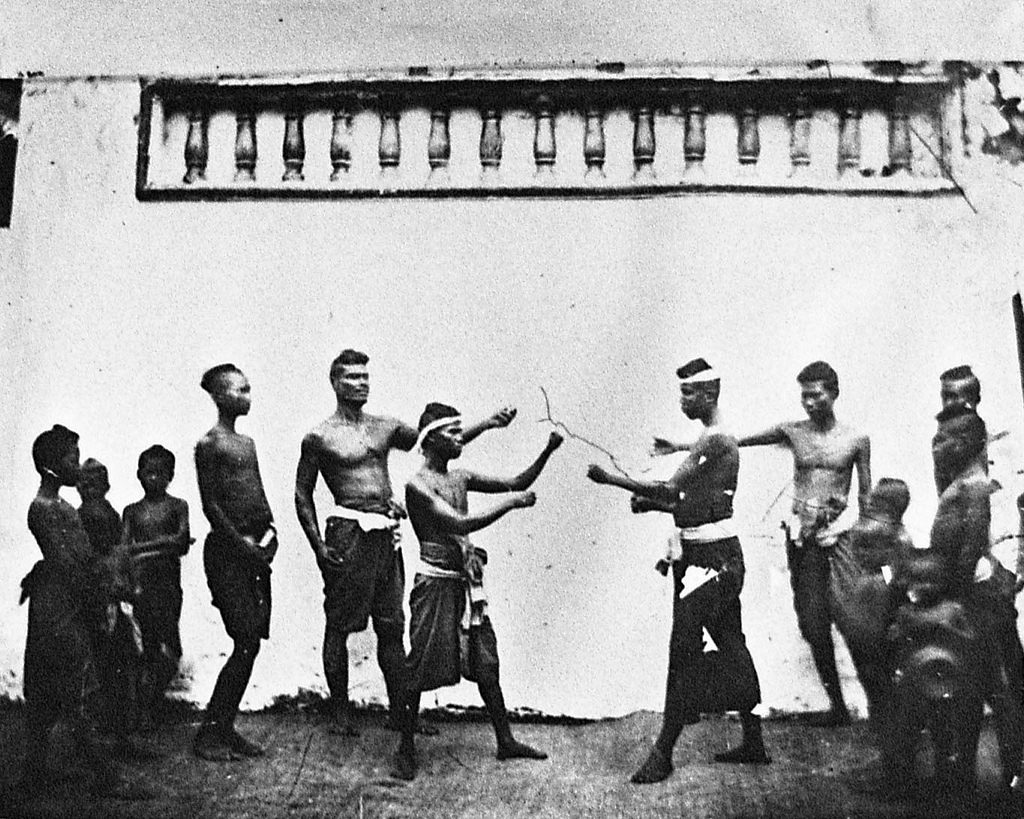 What is Muay Thai Boxing?

Muay Thai Boxing is the 3000-year-old martial art of Thailand that is known to westerners as Thai Boxing. It is the fighting art of boxing, kicking, clinch work, knee and elbow strikes which make it probably one of the best street self-defense arts around today.

Muay Thai Boxing is believed to have started in 1599, during the region of King Naresuan the great of Siam (now called Thailand). The king himself was expert on individual combat techniques and won several contest. The most legendary of the Thai fighters, who even today holds a place in Thai school history books, is Nai Khanom Dtom. Captured by the Burmese during the second fall of Abutter in 1767, he defeated 12 Burmese gladiators in an unarmed contest, as witnessed by the King of Burma.

Muay Thai Boxing is an adaptation of the Thai military art. In peacetime the weapons of the battlefield were laid down and the soldiers would fight empty handed to keep their edge. Before the 1930s there were few rules, no rounds, and no weight classes. Boxers fought barefoot, their fists and forearms wrapped in hemp rope, sometimes adding a mix of crushed glass and glue to the wraps. Training methods were vast and varied. Banana trees were kicked, kneed, and elbowed, softening the tree until it could be wrapped on the trainers arms for kicking. This is where the unique creation of the Thai pad (used for kicking, kneeing, punching and elbowing) got its start. It was not until then that Muay Thai Boxers began to add rules to their ancient pastime. Boxing gloves, the square ring, weight divisions and many rules and regulations were adopted.